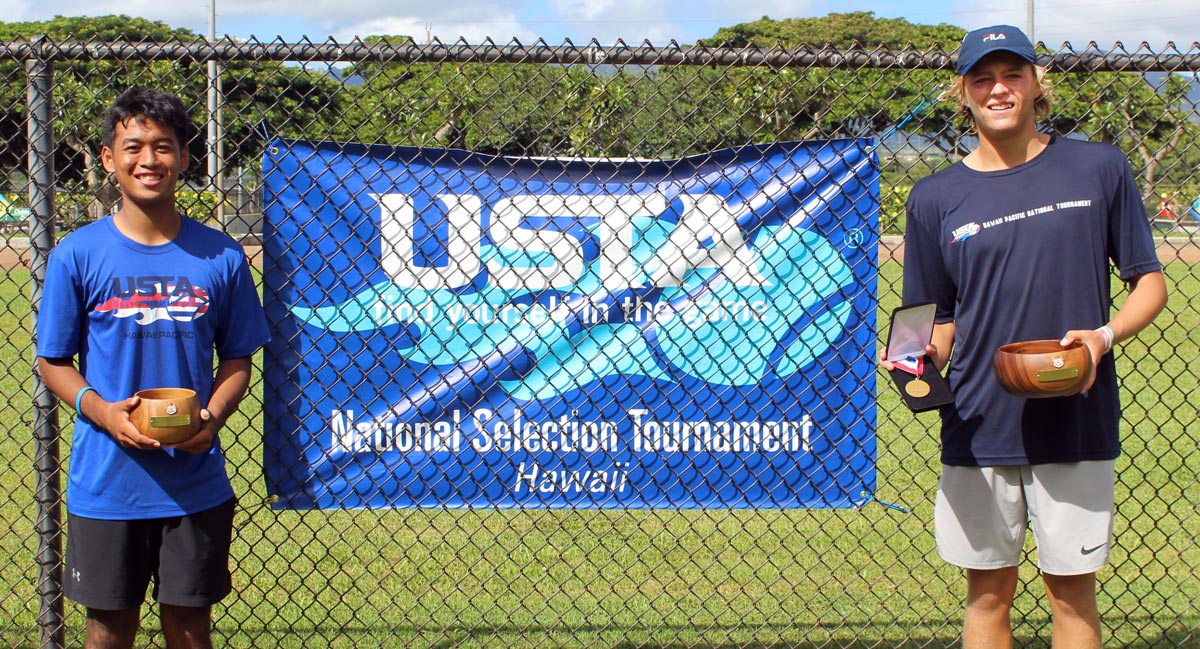 HONOLULU, HAWAII, October 8, 2018 – Honolulu’s Andre Ilagan, along with his doubles partner Ryder Jackson of California, secured the championship title today at the U.S. Tennis Association’s National Junior Tournament. The annual Hawaii tournament draws top junior tennis players from around the country and is the highest-level junior tennis competition in the State. For Ilagan, who is currently a freshman at the University of Hawaii, this victory is a familiar one. Last year, he also won the doubles title with his then-partner Phuc Huynh.

Today, however, Ilagan questioned whether or not he would be able to play. Just hours before his final doubles match, Ilagan had to retire from his singles semifinal match due to a hip injury. With a couple hours of rest between matches and a bit of encouragement from Jackson, Ilagan decided to take the court. “I was really tempted to withdraw from this match. My coaches told me not to play, but my partner reminded me that it is only one set. Our game plan was literally that I would just hit the ball in, and he would do the rest.” The strategy worked for Ilagan and Jackson. The No. 3 seeded duo defeated Henry Lovett and Eshan Talluri, both from California, with a final match score of 6-3.

Oda and Brilhante, both juniors at Waiakea High School, earned their break point early in the match and continued the momentum to their win. “It was very close, especially when there are no ad points. [Oda] definitely kept me together.” Brilhante commented after the match. Oda chimed in, “We knew that [Games and Lee] were going to have good groundstrokes, so we had to make our volleys and first serves and stay consistent. At times, I was nervous, but [Brilhante] kept me together as well.”