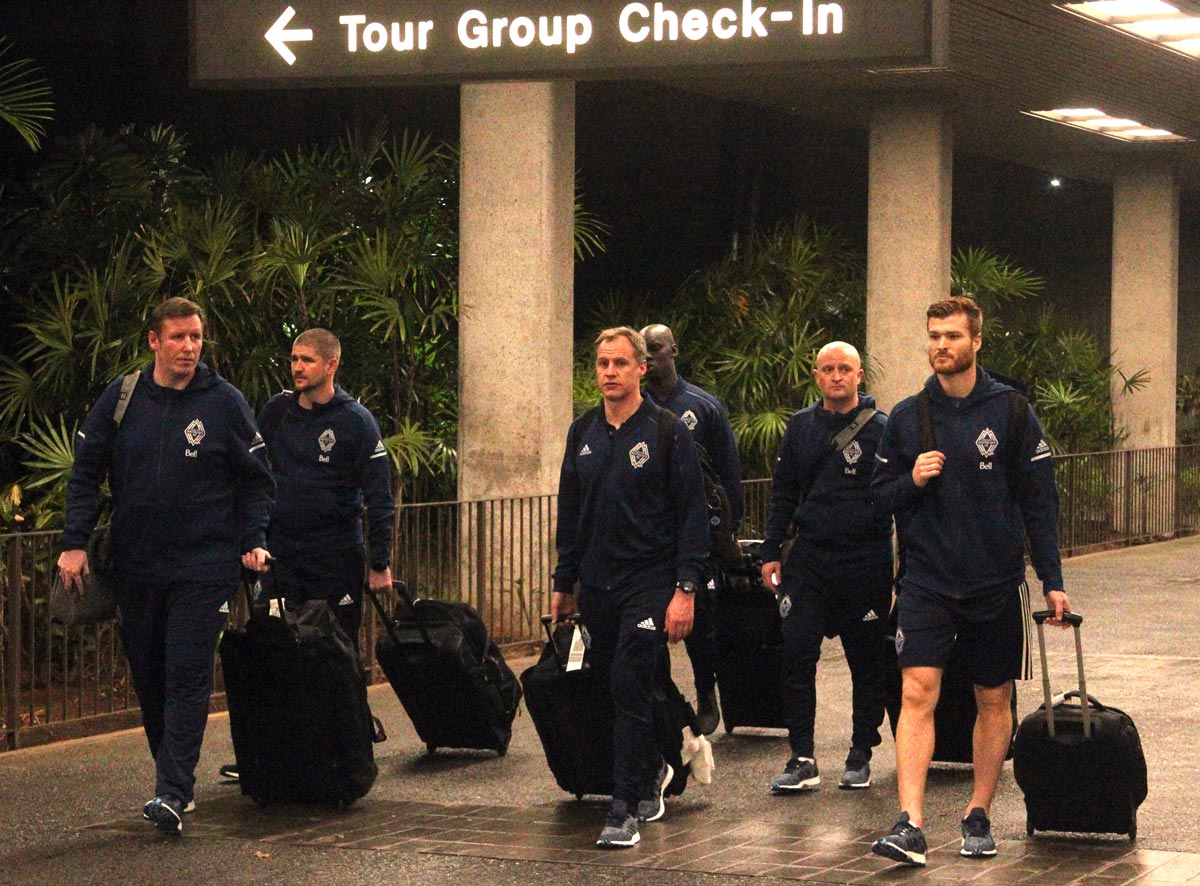 The Vancouver Whitecaps of Major League Soccer arrived shortly after 10pm last night at the Daniel K. Inouye International Airport in Honolulu to participate in the first Pacific Rim Cup to be held at Aloha Stadium. The Whitecaps will play Iwaki FC of Japan on Thursday, February 8th at 5pm, followed by fellow MLS squad Columbus FC vs. J-League top level Hokkaido Consadole Sapporo at 8pm. The Championship and third place matches will be on Saturday February 10th at 4pm and 7pm.

The Whitecaps have US Men’s National Team players Brek Shea and Tim Parker on their squad. We jokingly warned Parker, a redhead, about making sure he applied enough sunscreen and he said that he “thinks he has a handle on it, but thanks”, with a smile. Coming out of freezing and rainy conditions in Vancouver made coming Hawaii a blessing.

Head Coach Carl Robinson said that the players will have some free time to try surfing if they’d like, but it is a business trip and there is plenty of work to do in preparation for the 2018 MLS season ahead. Prior to the Pacific Rim Cup matches the Whitecaps will meet with Sapporo at the University of Hawaii on Tuesday to play a three 45 minute period scrimmage.