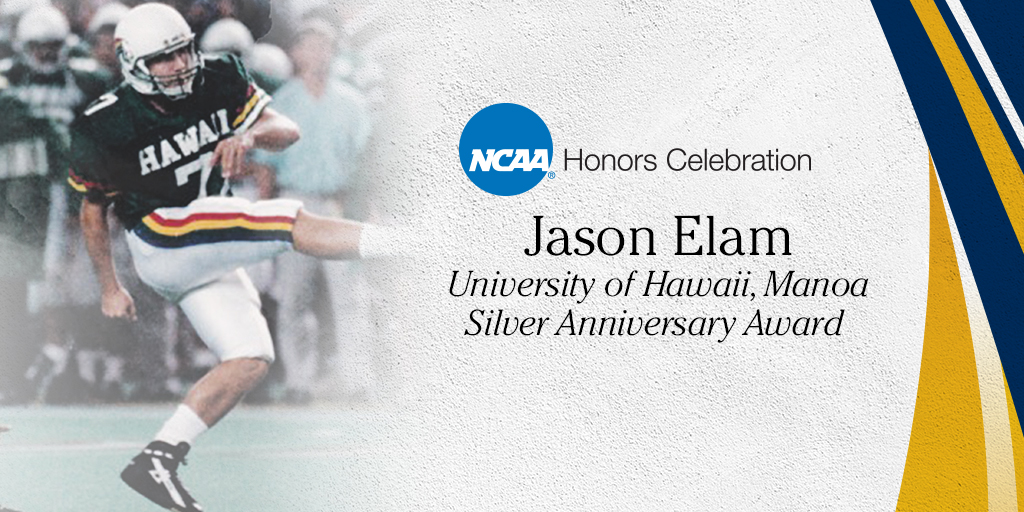 INDIANAPOLIS – Former University of Hawai’i football player Jason Elam, who later became a three-time All-Pro and two-time Super Bowl champion with the Denver Broncos, is one of six 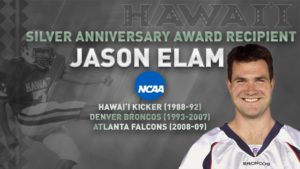 Elam and the five other winners will be recognized at the Honors Celebration during the NCAA Convention in Indianapolis on January 17.

The Silver Anniversary Award annually recognizes six distinguished former student-athletes on the 25th anniversary of the conclusion of their college athletics careers. The award is based on collegiate and professional accomplishments, as well as contributions to professional organizations, and charitable and civic activities.

Elam is the third UH student-athlete to be recognized in the last decade. The other UH recipients are former UH swimmer Maureen O’Toole (2010) and former Rainbow Wahine volleyball and basketball player Deitre Collins (2009).

Article courtesy of #HawaiiAthletics, via NCAA