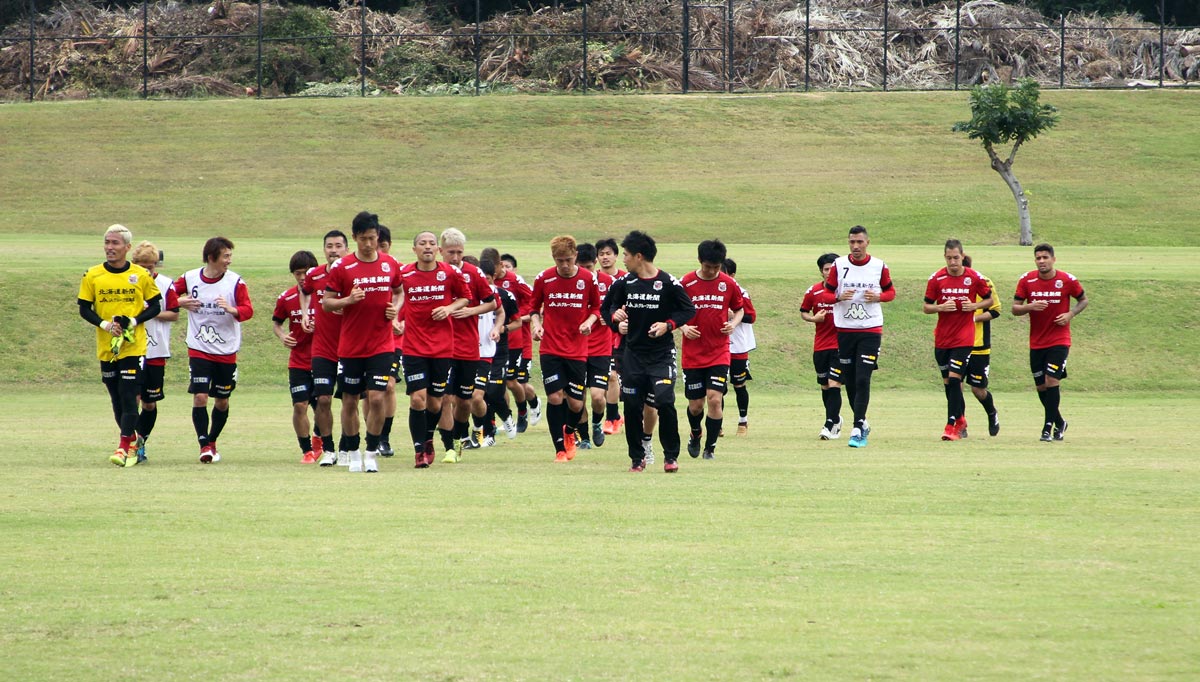 Pacific Rim Cup participant Hokkaido Consadole Sapporo team held practice this Sunday morning at Cooke Field at University of Hawaii at Manoa. First year head coach, Mihailo Petrović, in his first year with the team said that the practice went well and he was enjoying Hawaii, he had visited once before about four years ago with family. When asked about how he thinks his team will match up against MLS competition he said he wasn’t sure he hadn’t seen any game film. Sapporo will have a chance to find out more on Tuesday when they scrimmage against the Vancouver Whitecaps it with three 45 minute periods.

There were a few University of Hawaii students from Japan there to get autographs and see their team. They told us that the team is very popular in Japan despite only being in the first division for only one season.

Sapporo has two seasoned and loved national team members in Shinji Ono and Junichi Inamoto. Inamoto, who has 83 caps, scored two goals in the 2002 World Cup for Japan. Ono, also a former World Cup member has 56 caps. The other heavily capped national team player is Chanathip “Jay” Songkasin of Thailand, currently with 42 appearances.