Mariota and the Georgia Dome 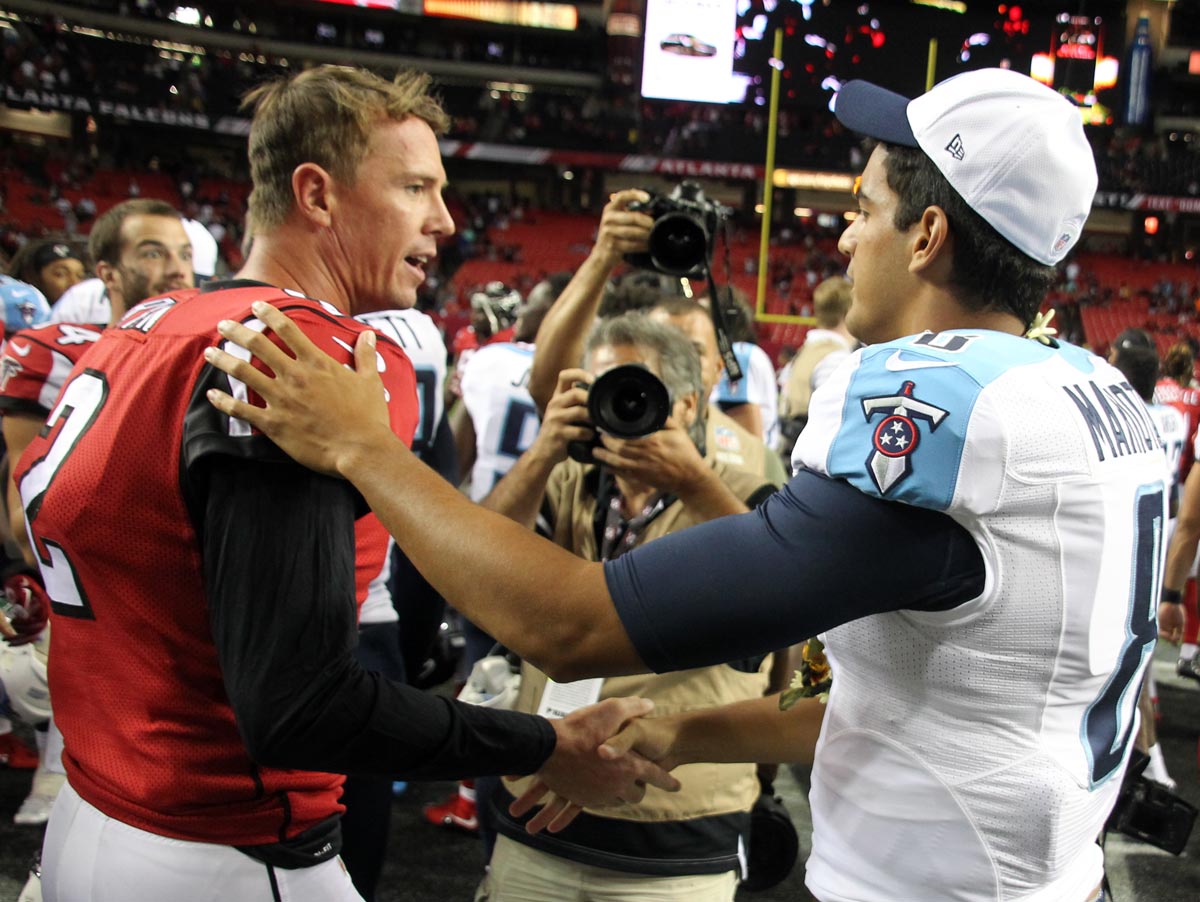 The Georgia Dome has been destroyed this morning, it is no longer, only memories remain. Why would someone way out in Hawaii have a reason to write about it? Because like anything we cover, there has to be a local tie to it and for Guava Press it was all about one of our favorite football heroes that drove us (well flew us) to be in Atlanta on August 14, 2015.

We were the only media outlet from Hawaii to come witness the latest Heisman Trophy winner Marcus Mariota suit up for the Tennessee Titans for the very first time. It was a job, but it was also a thrill. You see, this island boy grew up in Atlanta from 1974-84 and was getting a double dose of being in his favorite team’s home to see an island football hero. As media we have our jobs to do and we handle it with professionalism at all times, but every once in a great while when the day is done you relish the day you had and hope to tell a story one day about how it made you feel personally. This is that day.

As a kid I hung out where the Georgia Dome sat. I used to ice skate at CNN center, yes there used to be a rink there. I went to my first NHL game, seeing the great Gordie Howe, and saw countless Hawks games at the old Omni Arena adjacent to the Dome. It was a homecoming of sorts to be back at my original stomping grounds and it felt so familiar and so good.

But, i’m a local boy now, a Kaimuki grad and proud of it! Hell, I even rooted for Hawaii over Georgia in the Sugar Bowl without hesitation and took a lot of heat from my childhood chums. Those same pals eased up and understood about Mariota though. I explained to them how proud we are as an island collective. It was also a preseason game, so maybe that’s why some slack was given too. I also brought up the irony that we grew up in the shadows of where the great John Heisman made his name at Georgia Tech 100+ years ago. The history being revisited in conversation and acknowledging the fact that the honor couldn’t have a nicer and more humble recipient.

Before I hopped on the plane in Honolulu I stopped at the Lei Stands and took the time to pick out a nice one for Marcus. “It’s what we do” I had to explain repeatedly to fellow media in the Dome. Flower garlands are foreign to most of them and many think it’s just a tourist gimmick, I proudly taught them otherwise, making sure they knew it was truly from the heart. Now, I’m not an expert on how to keep the lei fresh so admittedly it was starting to turn a bit, I just hoped it would hold out to the end of the game.

From the get go my focus was squarely on Marcus. I stalked his every move from warm-ups to sitting on the bench and finally his first snap. Looking away only to sneak a few shots of Matt Ryan and Julio Jones on their only drive of the night, the Falcons are my team you know, so I had to. The Titans knew going in that this rookie would be a starting quarterback from game one and he played multiple series into the second quarter, so there were more than enough chances to get a shot I liked. The game plan was very simple, methodical, back to basics really a hand off, then a short pass, hand off, short pass in his first series ultimately ending in a classic welcome to the NFL, an interception. The second series was much the same but Marcus fumbled what amounted to a scoop and score for Atlanta.

My team was winning, but our hero wasn’t looking so good, Marcus was more important. There were so many watching back home and probably cringing. But then in his third and final series of the day Marcus drove the length of the field and the Titans scored. Mariota had gone 7/8 for 94 yards and then was done for the day, on a positive note.

Now came the wait for the end of the game. A few minutes before the final whistle I went into the media room and grabbed the lei and put it over my shoulder. From the field entry to the Titans bench I had to walk half way around. I noticed fans pointing at me, they saw the lei, most seemed to know who it was for and it was something unique to Atlanta, so different, I felt 8 feet tall. I nestled in next to the bench and looked for Marcus.

It was a chore to keep an eye on Marcus with all the movement, but I did and when it was time for handshakes I made a direct line towards him. From about 15 yards away I said, “Hui, Marcus!”. He heard the call, stopped and turned immediately seeing the man in the lauhala hat holding a lei. He bent over for presentation and shook my hand. I mustered a quick question and asked how it felt to finally be playing in the NFL. “It felt good”, he said. After another very quick question I made sure to wish him well and, nearly choking, told him how proud we all are of him.

After a few more shots I went back to the media room and submitted my photos for the wire service and called it a day. I grinned the whole way back to the hotel and took one last look at the Dome know that I may not ever see it again and I didn’t, but that final lasting memory of seeing a local hero play on my childhood grounds will last forever.

One more thing, a week later I brought an 8×10 photo of Marcus wearing the lei down to the lady at the airport stands. She screamed and ran to all the other ladies, “look, look, look, that’s my lei on Mariota!!!” Once again I left with a wide grin.

Enjoy photos and video from the local Atlanta media: